Why is the mope.io animal’s game a favorite among online game lovers

Mope.io is a great online game, which is considered to be the new agar.io.Mope.io animal’s game is one of the most favorite games for people who would like to spend their time enjoying a competitive and well featured game.

What are the mope.io animals game all about

Mope.io online animals game is the game where you are an animal who needs to eat berries, mushrooms, and water in order to grow the stay hydrated. You can also go higher up the food chain by eating smaller animals, however be sure, not to be eaten by animals that are bigger than you. Animals with lime green outlines are your prey, and animals with red outlines will wait to get hold of you. Some animals are also known to have special abilities can pigs that can slide in mud and crocodile that can swim in water and also dragons that can fly.

Who are the mope.io animals?

The mope.io animals are the playable characters in Mope.io mods. All players initially start as a tiny mouse and must keep on eating food to evolve into other, stronger animals. You also need to have water in order to stay hydrated. If you collect XP points, you can evolve into something bigger such as a pig, a deer or a fox or even bigger with time. The highest animal is the dragon, which you can get after collecting a number of XP points. The Black dragon, which is known to come after the dragon, is strongest; however this is not played with as of now.

There are no such levels in the mope.io play games; however you need to play with only animals. This game is a little different from the other Io games as it offers a variety of animal characters, which you will definitely fall in love with. There are a number of additional features in the game. You can also get in touch with a number of skillful players from all over the world while playing the game.

Mope.io hack is an amazing Multiplayer iO game focusing on eating foods and. Come play it and be sure to check out Mope.io mods with useful features. Agar.io, slither.io and all io games guide tips offical web site.
@mopeiohack
Previous Mope.io animals list
Next Mope.io All Classes 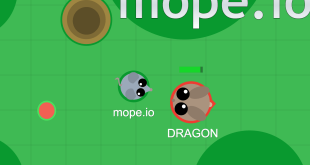