Mope.io animals are the game levels or stages

Mope.io animals are the game levels or stages

There are several animals in the mope.io game and such animals are viewed as the different levels. You have to cross every level and evolve into a stronger animals. You start as a mouse and end as a dragon.

Mope.io game is one of the popular games on the globe and fastest growing io game among the players. It is the best multiplayer online game which becoming famous day by day. The special and unique aspect about the game is that the players can play with awesome animals in each level of the game.

In the mope.io play, players can play with land as well as water animals to cross the interesting levels of the game. Animals in the game can hide behind berry bushes, holes and bushes from more stronger and powerful creatures. The stronger animals can eat less powerful animals to upgrade them and proceed in the game. Players have to began the game with a little mouse or shrimp and the last evolution or strongest animal in the game is “Black Dragon”.

The player must check that his/her animal should eat food and also drink water regularly to develop into a stronger animal as well as to proceed in the game. The mope.io animals can eat red or green mushrooms, berries, plankton and also less strong animals.

In the game, if animals don’t drink water regularly they become weak. Due to lack of drinking water, sometimes animals in the game die, which means they explode into green mushrooms and red mushrooms.

The above mentioned are some of the games that are also viewed as game levels. Enjoy the game. The best part of this creature is that when you play this game such creature makes the game much more attractive for the players. In fact since it is a popular multiplayer game, hence playing with your partner becomes a joy to experience, which is just remarkable. 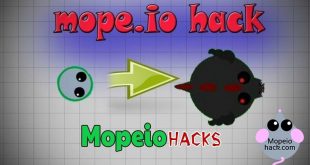